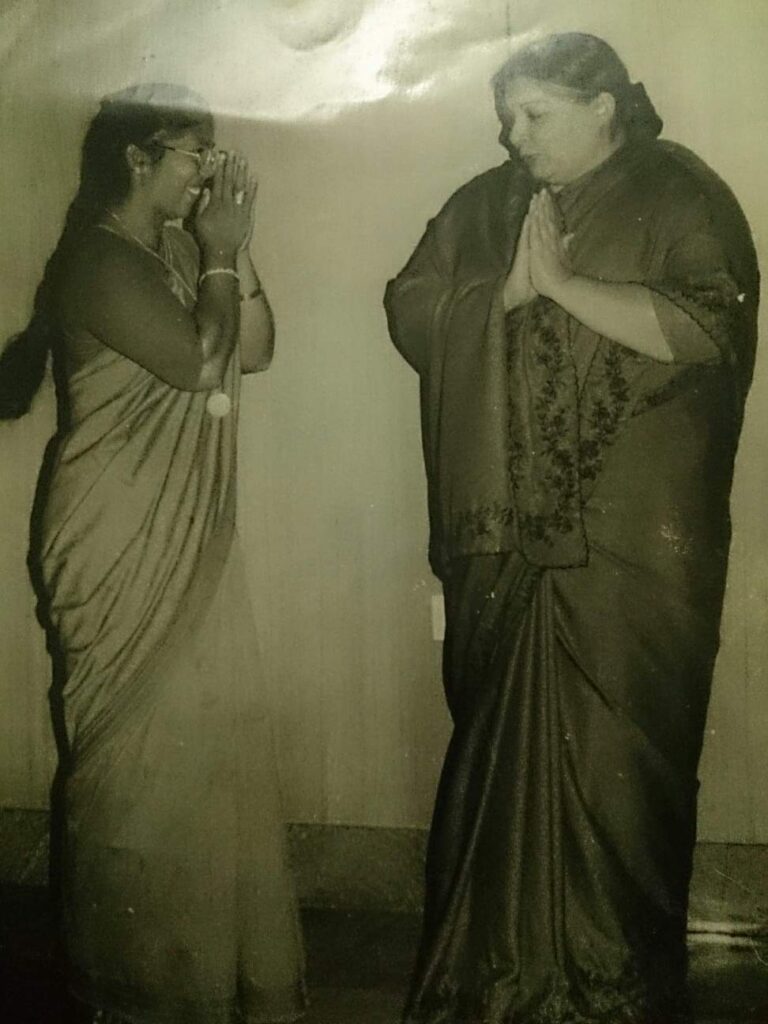 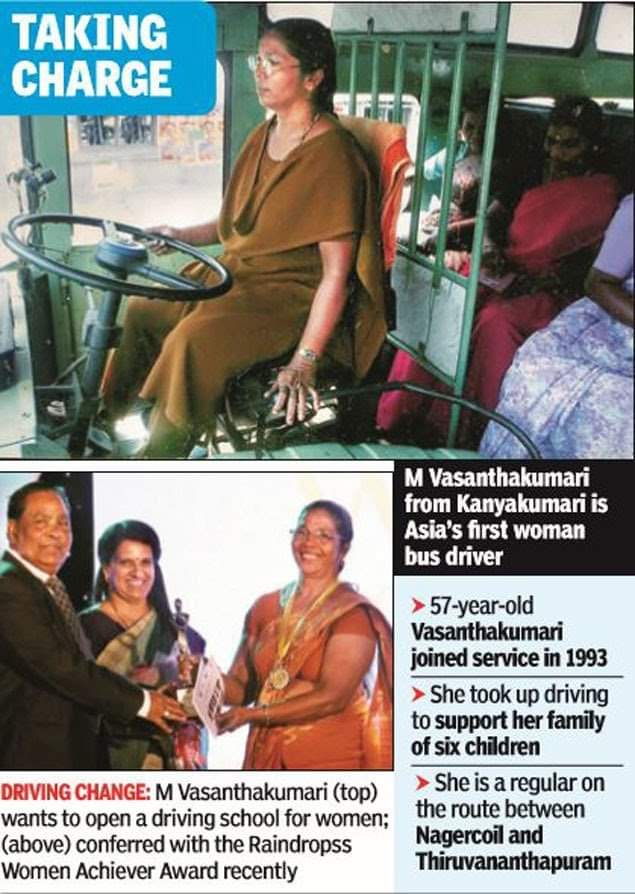 When she first got behind the wheel at the age of 14, it was purely for the thrill of driving. But, more than a decade later, when M Vasanthakumari, said to be Asia’s first woman bus driver, decided to hit the road, it was the only way she could support her family.

“I didn’t have a degree to apply for a job but have always loved driving,” says Vasanthakumari, one of the recipients of the Raindropss Women Achiever Award given in Chennai recently. Born in Kanyakumari, her mother died when she was a toddler and since her father remarried, Vasanthakumari grew up with her aunt. “At the age of 19, I was married off to a widower with four daughters,” says the 57-yearold.
Though the young bride did not complain, when she had two children of her own, life became tough. “My husband worked on a construction site and his income was not enough to support all of us,” says Vasanthakumari, the then secretary of the Mahalir Mandram at Reethapuram church in Kanyakumari. It was in one of their meetings, while discussing 30% reservation for women in government jobs, that some of them suggested that Vasanthakumari apply for the post of a bus driver.
Excited at the prospect, she trained in driving heavy vehicles and got a licence. “But when I applied for the government job, the officials told me there were hardly any women bus drivers in the world, and asked me how I would manage in a profession where men struggled,” says Vasanthakumari.
After a few failed attempts, Vasanthakumari managed to meet the then chief minister J Jayalalithaa. “I told her that I wanted to drive a bus. She was excited by the idea and asked the transport ministry officials to conduct an interview and forward the file to the CM’s office,” says the woman who surprised her examiners.
chennai-2
“During one test, they asked me to drive along the figure eight formation. When I started, all the officials ran to safety thinking I may drive in a haphazard manner,” she reminisces. But she cleared all the tests and was appointed on March 30, 1993, by the Tamil Nadu State Transport Corporation.
Life on the road has been relatively smooth with the support of policemen, transport officials, male colleagues and her family but she has never had it easy. “I have not been given any concessions and drive along the same routes as men do,” says the regular on the NagercoilThiruvananthapuram route who ends her day around 10pm. “When I began work ing, I did single duty and used to report by 6am and end the shift around 2pm,” says Vasanthakumari, who would often leave her children with her neighbours.
She is now no longer the only woman in the TNSTC crew and has seen many others take her road. “But only a few have continued. Many have shifted to desk jobs as the work is high-stress,” says Vasanthakumari.
Though she is retired in April 2017, she doesn’t intend to stop driving.
“I want to start a driving school for women. Or else, I can always get a job as a driver in college campuses,” she says.
But her attitude to life still shines through. “Everyone asks me what challenges I faced as a woman driver. I tell that everything seems difficult but it is the way we deal with it that is important.”
Team,
TNSTC Enthusiasts